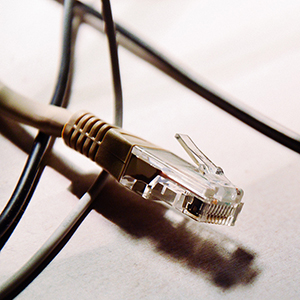 This SatelliteSale Ethernet cable connects computers and peripherals such as printers to your Local Area Network (LAN). RJ45 connectors offer universal connectivity to computers and network components, such as routers, switch boxes, network printers, and network-attached storage devices. Capable of transmitting data at speeds of up to 1000 Mbps (or to 1 Gigabit per second). 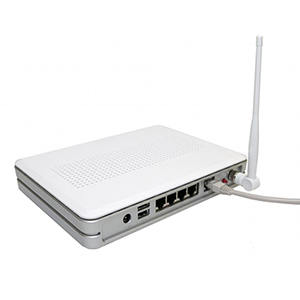 Our Cat5e ethernet cable UTP-4 is made of high pure oxygen-free bare copper with two RJ45 connectors on each end with better quality in twisting the wires. In addition, it provides better protection from crosstalk, noise, and interference that can degrade the signal quality.

The specification for category 5 cable was defined in ANSI/TIA/EIA-568-A, with clarification in TSB-95. These documents specified performance characteristics and test requirements for up to 100 MHz frequencies.

Category 5 cable includes twisted pairs in a single cable jacket. This use of balanced lines helps preserve a high signal-to-noise ratio despite interference from both external sources and other pairs (this latter form of interference is called crosstalk). It is most commonly used for 100 Mbit/s networks, such as 100BASE-TX Ethernet, although IEEE 802.3ab defines standards for 1000BASE-T – Gigabit Ethernet over Category 5 cable. Cat 5 cable typically has three twists per inch of each twisted pair of 24 gauge (AWG) copper wires within the cables.

RJ45 jack
An 8 conductor, compact, modular female jack is used to terminate cat5e patch cables at the user (or other) location. The jack is specifically engineered to maintain the performance of Cat-5e cabling. 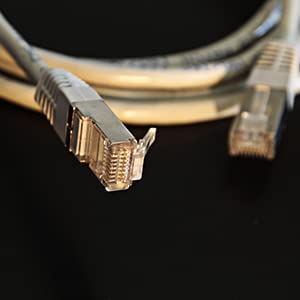 The twisting of the pairs gives the patch cable a certain amount of immunity from the infiltration of unwanted interference. cat5 UTP cabling systems are by far the most common (compared to SCTP) in the United States. Basic cat 5 cable was designed for characteristics of up to 100 MHz. Cat5 cable is typically used for Ethernet networks running at 10 or 100 Mbps. 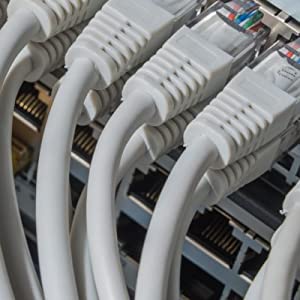 Cat 5e cable is an enhanced version of Cat 5 that adds specifications for far-end crosstalk. It was formally defined in 2001 as the TIA/EIA-568-B standard, which no longer recognizes the original Cat 5 specification. Although 1000BASE-T (“GigE”) was designed for use with Cat 5 cable, the tighter specifications associated with Cat 5e cable and connectors make it an excellent choice for use with 1000BASE-T. However, despite the stricter performance specifications, Cat 5e cable does not enable longer cable distances for Ethernet networks: cables are still limited to a maximum of 100 m (328 ft) in length (standard practice is to restrict fixed (“horizontal”) cables to 90 m to allow for up to 5 m of patch cable at each end, this comes to a total of the previously mentioned 100 m maximum). Cat 5e cable performance characteristics and test methods are defined in TIA/EIA-568-B.2-2001.

Based on 2 reviews Write a review